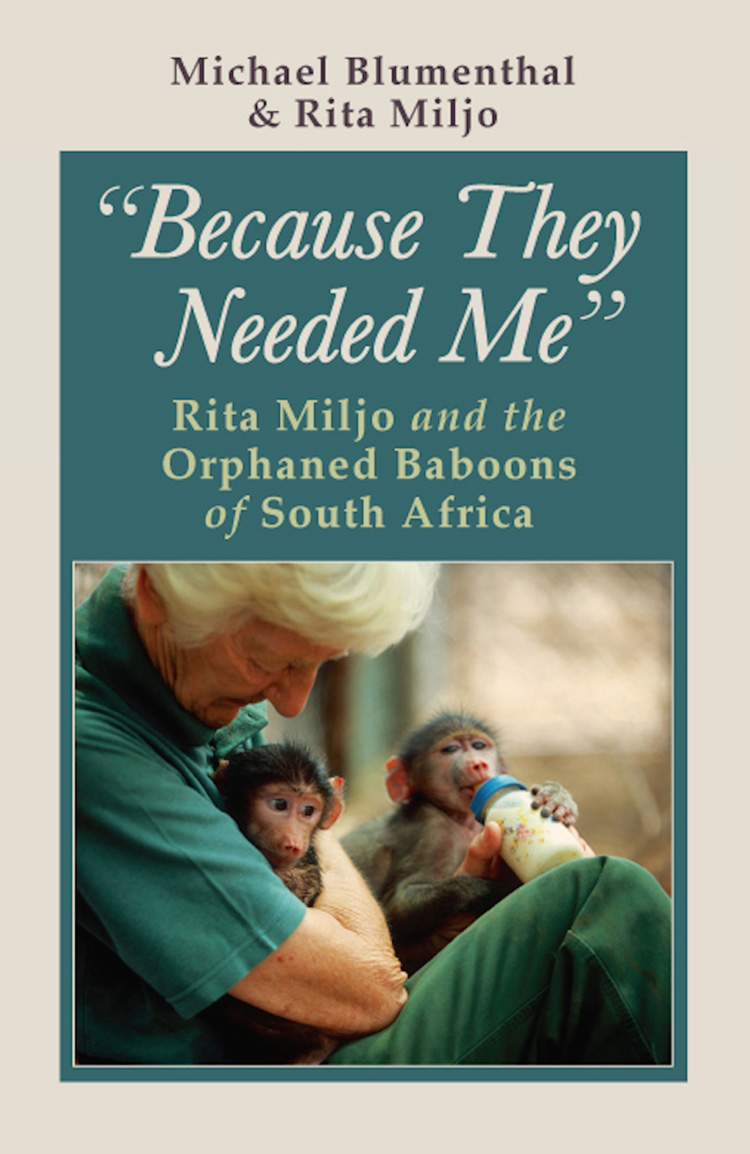 Because They Needed Me: Rita Miljo and the Orphaned Baboons of South Africa

Literary Nonfiction. Nature. Travel. In May of 2007, noted American poet and novelist and son of Holocaust refugees Michael Blumenthal went to South Africa to volunteer at C.A.R.E., a rehabilitation center for orphaned and injured baboons founded by Rita Miljo. Rita was a Lithuanian-born childhood member of the Hitler Youth who had gone on to have a life as adventure- filled as Beryl Markham's in West With the Night.

Michael Blumenthal is the author of five collections of poetry, most recently The Wages of Goodness (1992), and the novel Weinstock Among the Dying, co-winner of Hadassah Magazine's 1994 Harold U. Ribelow Prize for Fiction. From 1992-1996, he was Senior Fulbright Lecturer in American Literature in Budapest, as well as an editor at the Central European University Press, and, from 1996 to 1997, taught at the University of Haifa in Israel. A former lawyer, Guggenheim Fellow and Director of Creative Writing at Harvard, he has been Distinguished Poet-in-Residence at the University of Louisville and Boise State University.