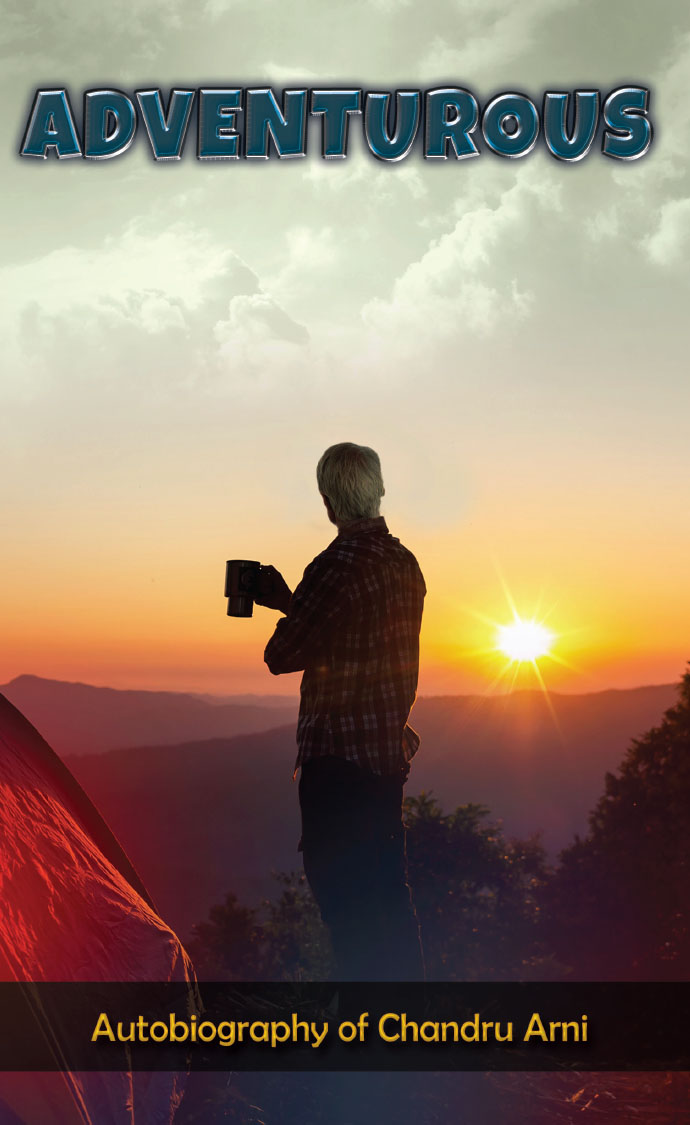 This is his first book and is his autobiography. He is a Voyager, a journey man who does not know his destination. He is curious and wants to experience anything where he has the strength. In India when cars were a luxury in 1953, he built a car and raised in a recognized motor sports club and became a pioneer in car racing in India. His interest in mathematical recreations in the 1940s led him to create computer games well before internet arrived and was recognized as a pioneer in developing computer games. His hobby of mathematics also helped his creation of digital and fractal art. He even received coaching lessons in cricket from a foreign coach but failed to make the grade.

Chandru Arni is 91 years old and comes from an aristocratic family which stretches from 1640. He holds a masters degree in organic chemistry from madras presidency College. Though he has spent Over 25 years in the tobacco industry, he has spent his time exploring various hobbies and especially mathematics related activities. His late wife Hemamalini was a guru in Bharatanatyam dance and he has ensured that her interests where never sacrificed and they were married for 66 years. He is an agnostic atheist and he has strong beliefs.