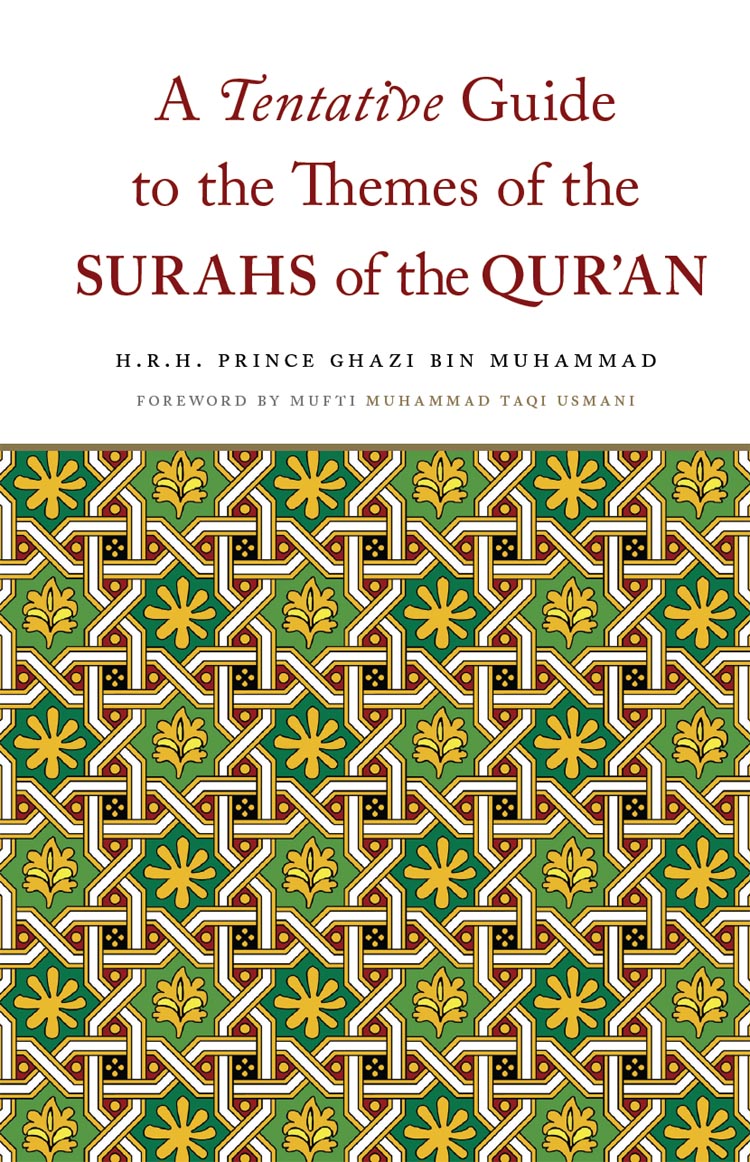 In this seminal work, the author suggests that each chapter of the Qur'an contains at least one distinct theme that underlies— and shows the logical connection—between every verse of that chapter. Moreover, he proposes that the chapters themselves take together make up a deliberate and unique portrait of human beings and of the spiritual life. Finally, the author argues that the secrets to the themes are contained and shown in the hadith literature describing the spiritual rewards and effects (fada'il) of various different chapters of the Qur'an.

H.R.H. Prince Ghazi bin Muhammad bin Talal of Jordan (b. 1966 CE) was educated at Harrow School, UK; received his BA Summa cum Laude from Princeton University, NJ, USA; his first PhD from Trinity College, Cambridge University, UK, and his second PhD from Al-Azhar University, Cairo, Egypt. He is a Professor of Islamic Philosophy and his book Love in the Holy Qur'an has been widely acclaimed, has gone into ten editions and has been translated into a number of languages. He is also the author of A Thinking Person's Guide to Islam (2016). He also serves as Chief Advisor for Religious and Cultural Affairs to H.M. King Abdullah II ibn Al-Hussein of Jordan.